How does SAMSAM work?

How do I know it’s SAMSAM?

What can I do to check my systems for SAMSAM?

What can I do NOW to protect my systems from SAMSAM?

Tips for future protection from ransomware

SAMSAM (Version 4), also known as MSIL/Samas.A, is a ransomware strain that shares analyses of vulnerabilities on the dark web that cyber actors then use to deploy the ransomware on a network.

How does SAMSAM work?

According to MalwareBytes Labs, SamSam ransomware is a custom infection used in targeted attacks, often deployed using a wide range of exploits or brute-force tactics. Attacks were made on targets via vulnerable JBoss host servers during a previous wave of SamSam attacks in 2016 and 2017. In 2018, SamSam uses either vulnerabilities in remote desktop protocols (RDP), Java-based web servers, or file transfer protocol (FTP) servers to gain access to the victims’ network or brute force against weak passwords to obtain an initial foothold. From there, the ransomware “fun and games” begin for the authors. For everyone else, it’s chaos.

A common thread tying all of these attacks together is the use of the word “sorry” in ransom notes, URLs, and even infected files. It’s made hundreds of thousands of dollars so far, and it’s caused no end of trouble in the US for cities like Atlanta.

I see a ransom note screen on my computer. How do I know it’s SAMSAM?

Here’s what a typical ransom splash screen looks like:

The ransom note is quite interesting, giving the option of randomly-selected file encryption (if you don’t pay the full amount). They’ll also unlock one file for free as a token of trust that they will give your files back after payment.

In the above ransom note, the hackers demand 0,8 Bitcoins to recover the decryption key for each affected PC – this is about R 43 000 per PC!

According to Symantec’s Security Centre, SAMSAM adds the following extension to the files it encryps: .encryptedRSA

For a list of the ± 328 affected file types, refer to Symantec’s webpage on Ransom.SamSam.

What can I do to check my systems for SAMSAM? 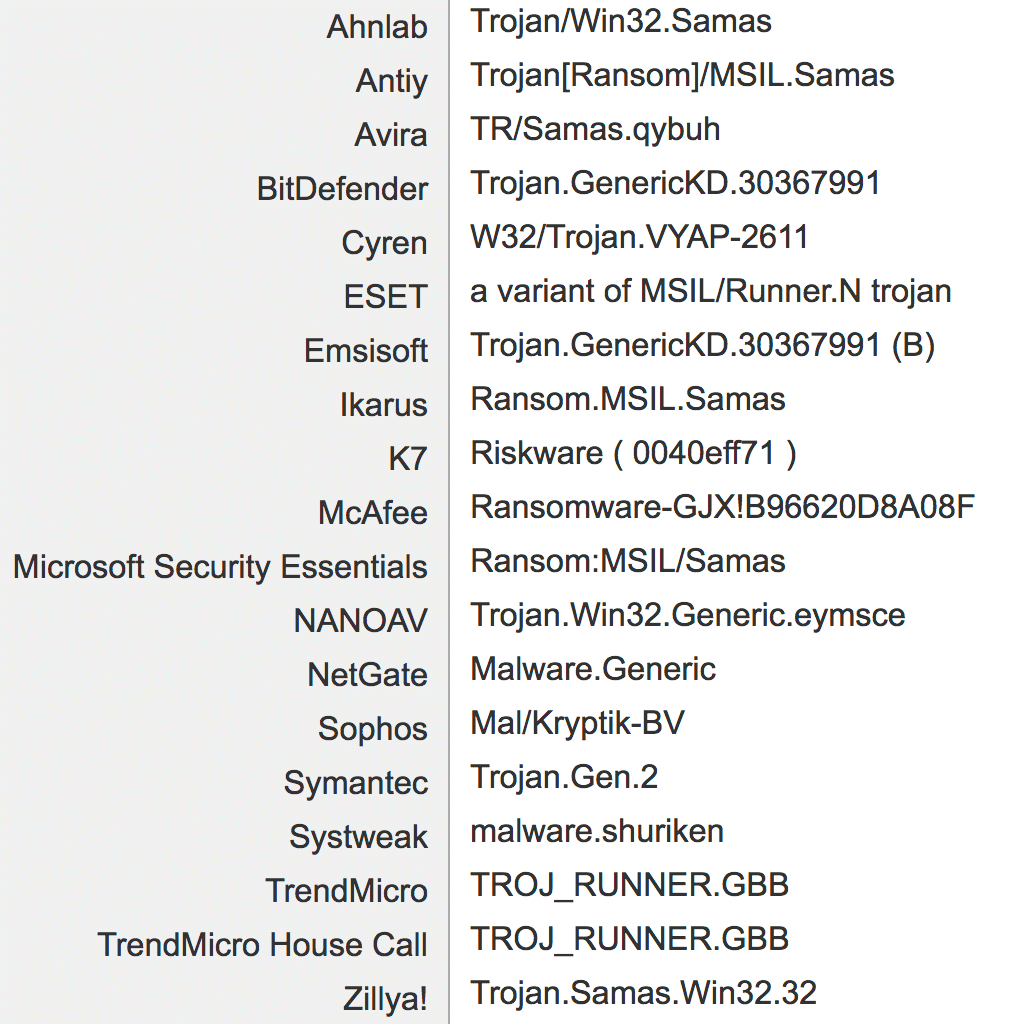 What can I do NOW to protect my systems from SAMSAM?

Based on recommendations in the US-CERT’s Malware Analysis Report on SamSam4, you can do the following best practices to strengthen your system’s security:

Remember: Any configuration changes should be reviewed by system owners and administrators prior to implementation to avoid unwanted impacts.

What else can I do to protect my systems from ransomware like SAMSAM in the future?

According to the United States Computer Emergency Readiness Team (US-CERT), system administrators can do the following to strengthen the security posture of their organisation’s networks: